VAR: ruining it for the fans? 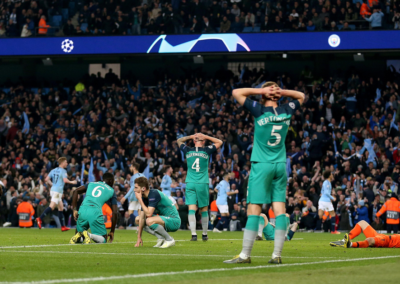 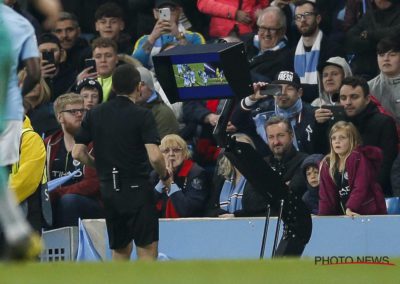 A Champions League clash between Tottenham and Manchester City, four goals after only 11 minutes of play & two game-changing video referee decisions made for a spectacle on the screen. But how did the fans in the stadium experience it?

The Video Assistant Referee (VAR), which was only recently introduced in the Champions League during the knock-out phase, has been highly praised, criticized and its decisions have been analyzed ever since. But during what could be considered as one of the best games in Champions League history, the VAR played a significant role which has caused huge reaction throughout the footballing world. Some feel it corrupts the beautiful game, while others argue that we have taken one step closer to perfection.

The Spurs were definitely on the winning side of the VARs revisionary decisions, but when looking at the statistics it could easily have been the other way around, making Manchester City the victor. Two minutes into injury time Raheem Sterling finds his way to goal. The City fans, the coach and the rest of the team go wild, thinking they qualified for the semis. Only a few seconds later the VAR dramatically silences the on-going cheering by calling off the goal for an offside position. This happening only a few minutes after Llorente scored the winning one for the visiting team with what at first sight, appeared to be handball, which was eventually sanctioned. A decision which fell from heaven for the Spurs fans chanting the words: “VAR My Lord!! VAR My Lord” instead of celebrating the three fantastic goals their team made that evening.

It definitely puts the whole VAR controversy into perspective. Some fans will be relying more on video refereeing than they will on their team. Kompany, the 33-year-old Belgian defender at City, supports video refereeing even though it meant the defeat of his own team. Claiming, during an interview with after the game, that it makes the game of football more justified: “From a certain angle it seemed to me that there was a hand foul, but I support the VAR and I am in favor of just football”. Acknowledging that Agüero was indeed offside on their last goal. Son, who scored a total of 3 goals for his team during both legs of the quarter final, told BT sport: “Sometimes you are annoyed with VAR but today we say thank you. We fought together for 90 minutes. We showed unbelievable character and in an unbelievable fight.”

These kind of decisions can lead to enormous consequences on both sides. Could this be the exact reason why one of the  world’s most appreciated competitions, the Premier League, is one of few that still haven’t implemented this technology? Because these kind of late decisions would be stripping away the tenacity and spontaneity of the beautiful game, leaving us with anxiety, desperation and pessimistic negativism. Always waiting to celebrate a goal until it has been approved. Because let’s face it, for almost every goal a cross-examination will be demanded by the opposite team. Is football really going to become a sport where fans will be waiting for the final whistle before they start cheering?