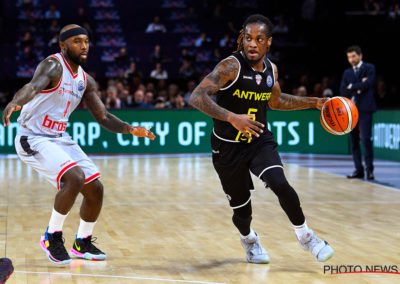 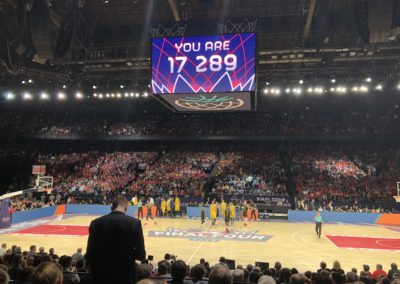 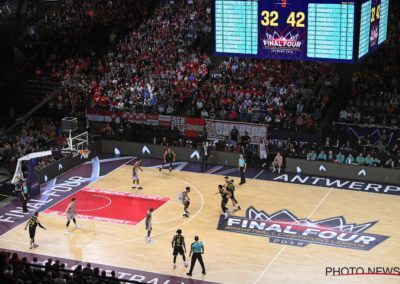 For all people who are not that into basketball, just a quick recap of what happened this weekend in Antwerp. Sportpaleis was the stage of the Final 4, the best 4 teams in Europe who competed in 1 venue for the Champions League title organized by FIBA.

But needs to be said that the very best teams (ones with the biggest budget) play in fact in the EuroLeague. This is a closed competition that is not run by FIBA and where teams like Real Madrid or Maccabi Tel Aviv play for.

Nevertheless the interest in the Champions League is growing and EuroLeague are struggling right now. FIBA is investing a lot in the Champions League and thus also in the Final 4 event in Antwerp. The Sportpaleis (the only venue that is suitable in Belgium for these kind of events) was turned into a true NBA Arena with giant screens, top entertainment and state of the art cameras to ensure a high quality broadcast. National TV did great live coverage of the event and it was a true promotion for basketball in Belgium.

2 Games were played on Friday and 2 on Sunday. FIBA put together a ticket promotion strategy that allowed fans to watch on both days with 1 ticket. Prices started at €40 so that was a very reasonable price for 4 games combined. It resulted in over 17,000 people attending the games on Friday and over 16,000 on Sunday. The largest audience ever for a basketball event in Belgium.

So what brought this event to Antwerp? It was the great performance of the Antwerp Giants team that made this happen. They have a stellar season in the Belgian Pro League where they are currently in first place and they qualified for the Champions League Final 4 a few weeks ago by beating some very strong teams. So only a few weeks ago the city of Antwerp was asked if it could host the event. The Antwerp Giants and the city made a bid to FIBA and got the Go just 3 weeks ago and did a great job organizing it.

Result is a great basketball weekend with a magnificent third place for the Giants in their own hometown after beating Brose Bamberg on Sunday. The winner was Virtus Bologna that beat Tenerife in the final. It shows that top sports events in Belgium are possible with the right support & mindset. More to come?