Is music a performance enhancing drug?

November 1 2007, an article in The New York Times titled ‘A marathon without music? Runners with headphones balk at policy’ mentioned the ban of headphones and portable audio players by USA Track & Field, the U.S. governing body for running at its official races.

Banning headphones and portable audio players at the New York City Marathon was a big topic for the runners in 2007. But why? Music would give you a competitive edge like Dr. Costas I. Karageorghis, an expert on the psychological effect of music in the domain of sport and exercise, discovered in his 25 years of research on the subject. Dr. Karageorghis has been a consultant for sports federations, sports and music equipment companies and Olympic athletes. You don’t have to be an Olympian to benefit from his findings. It seems that music may be most beneficial to low-to-moderate intensity exercise. “Music can alter emotional and physiological arousal much like a pharmacological stimulant or sedative. It has the capacity to stimulate people even before they go into the gym. Music lowers your perception of effort”, Karageorghis comments. “It can trick your mind into feeling less tired during a workout, and also encourage positive thoughts. It can reduce our perception of effort by as much as 10%. Listening to music distracts us from discomfort, interfering with the brain’s signals of pain, strain or fatigue. Our favorite tunes can increase endurance and stamina, and help us get into the realm of alpha brain wave activity.” 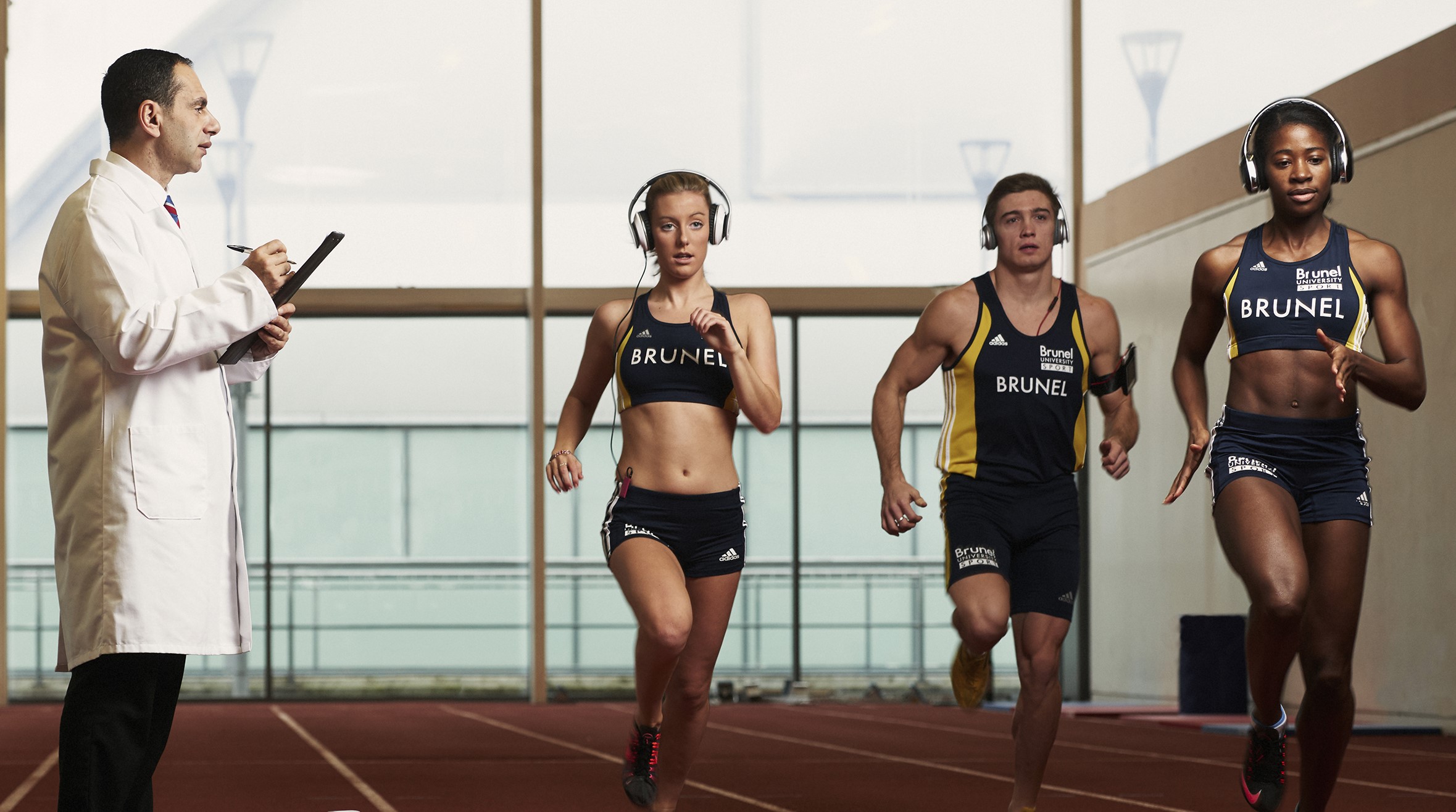 Used on a continued basis, Karageorghis indicates, compositions that are found to be effective can build what has been called ‘an optimum state of mind for exercise’ and even get us to the ‘in the flow’. It certainly helped Michael Phelps, the most decorated Olympian of all time (with a total of 28 medals) to get him into his own little world just before a race. “I have walked out to race with my headphones on throughout my whole career and listen to music until the last possible moment” he told the Guardian in 2005, just after winning six gold medals in the Athens Olympics. In a 2016 NBC interview he revealed that he listens to Eminem, his favourite artist, but also to Skrillex’s remix of Nero’s ‘Promises’ and Steve Aoki and Afrojack’s ‘No Beef’ or ‘I’m Me’ and ‘Right Above’ It by Lil Wayne. Not only Phelps uses music to get into his bubble before a race, but it also gave him a sense that he is a master of his own destiny. “And that’s where the power of music lies in these big championships” says Karageorhis.

But which stimuli work for which athletes? For each and everyone it’s different like Karageorghis describes in his book ‘Applying Music in Exercise and Sport’. Here are some examples of songs that stimulate athletes in all kind of disciplines:

Eminem’s ‘Lose Yourself’ has been mentioned by US marathon runner Meb Keflezighi, US diver Kassidy Cook, Canadian 10,000m runner Mohammed Ahmed and US table tennis player Lily Zhang, among others. After her 2012 gold medal successes, Laura Trott revealed that  ‘No Surrender’ by Bruce Springsteen is her go-to track. Water polo player Maggie Steffens has Andra Day’s ballad ‘Rise Up’ on her playlist while Canadian sprinter Aaron Brown recently described how Michael Jackson’s ‘Earth Song’ still takes him back to winning a silver medal in a youth competition in 2009. “If I play songs that remind me of a time where I was successful and I realise I’ve done it before, it calms me down” Brown said.

Can we say music is doping? Yes we can. So which song(s) help us get into the realm of alpha brain wave activity? WAVE created The Dope Playlist compiled by our findings and athletes revealing the songs that keep them going!