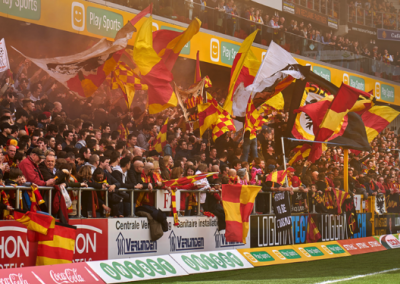 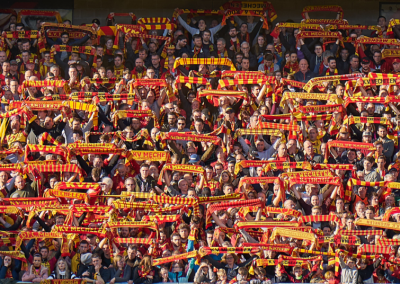 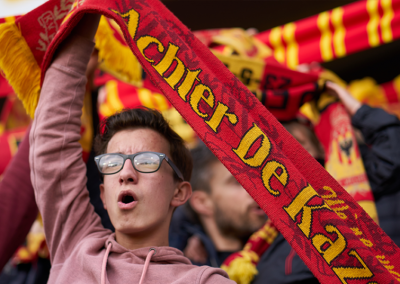 As one of the most famous clubs in Belgian football history, KV Mechelen suffered a hellish season, resulting in a painful relegation. Yet the Malinwa look ahead with the ambition to return to top league next year. And the KVM fans have faith. In 1B, KV Mechelen sold more than 10.000 season tickets: a club record. What makes The Malinwa so popular?

Despite the relegation to 1B, there’s a new buzz at the AFAS stadium. KV Mechelenexperienced the greatest season ticket campaign in club history. New investors, a considerable investment in players and the opening of a new business stand mirror yellow red’s ambition. KV Mechelen want to get back where they belong: the Jupiler Pro League.

KV Mechelen and WAVE teamed up and convinced the fans to keep faith in their club. The hashtag #Samenbouwen (#buildtogether) illustrated KV Mechelen’s belief in the future. We focused on complete visibility in the city of Mechelen and funny videos on social media with the legendary KVM fan Mark Uytterhoeven and “new” fan Bart Cannaerts, who evoked the fans to continue supporting the club. The result: KV Mechelen sold more than 10.000 season Bodybuilder Steroids For Sale tickets. A club record.

Gert Aerts, marketing & sales manager at KV Mechelen, attributes the success to a strong campaign. “The hashtag #Samenbouwen was the right message to the fans. In January 2018 we had asked our fans to support the players to the fullest to keep them in the Jupiler Pro League. Despite an abundance of support, we did not manage to stay in 1A. But history tells us that KV Mechelen always resurrects. We did exactly that in 2002 when the club was broke. Also, after previous relegations we fought back. We continue to show our fans that we believe in the future. Our partners kept supporting us, we invested in a strong and competitive team and a new business stand. With #Samenbouwen we sent that exact message to our fans, which they  fully embraced.”

The successful season tickets sale is not merely due to a strong campaign. According to sports economist Trudo Dejonghe (KU Leuven), the KV Mechelen fans are out for revenge. “KV Mechelen suffered relegation due to Eupen’s strange away victory at Mouscron. Malinwa fans felt cheated. Now they have an incredible desire to fight back with their club to return to first class as soon as possible.” KV Mechelen has always been a club with an impressive fanbase. “We saw that in 2002, when the fans saved a bankrupt KV Mechelen. The fact is that when it doesn’t go well for a club, the hardcore fanbase gets stronger. We can see that now”, says Dejonghe. According to Dejonghe, the pressure is high for players and staff. “If the team does not achieve promotion to 1A, the enthusiasm could possibly decrease again. KV Mechelen knows what to do upcoming season: win.”