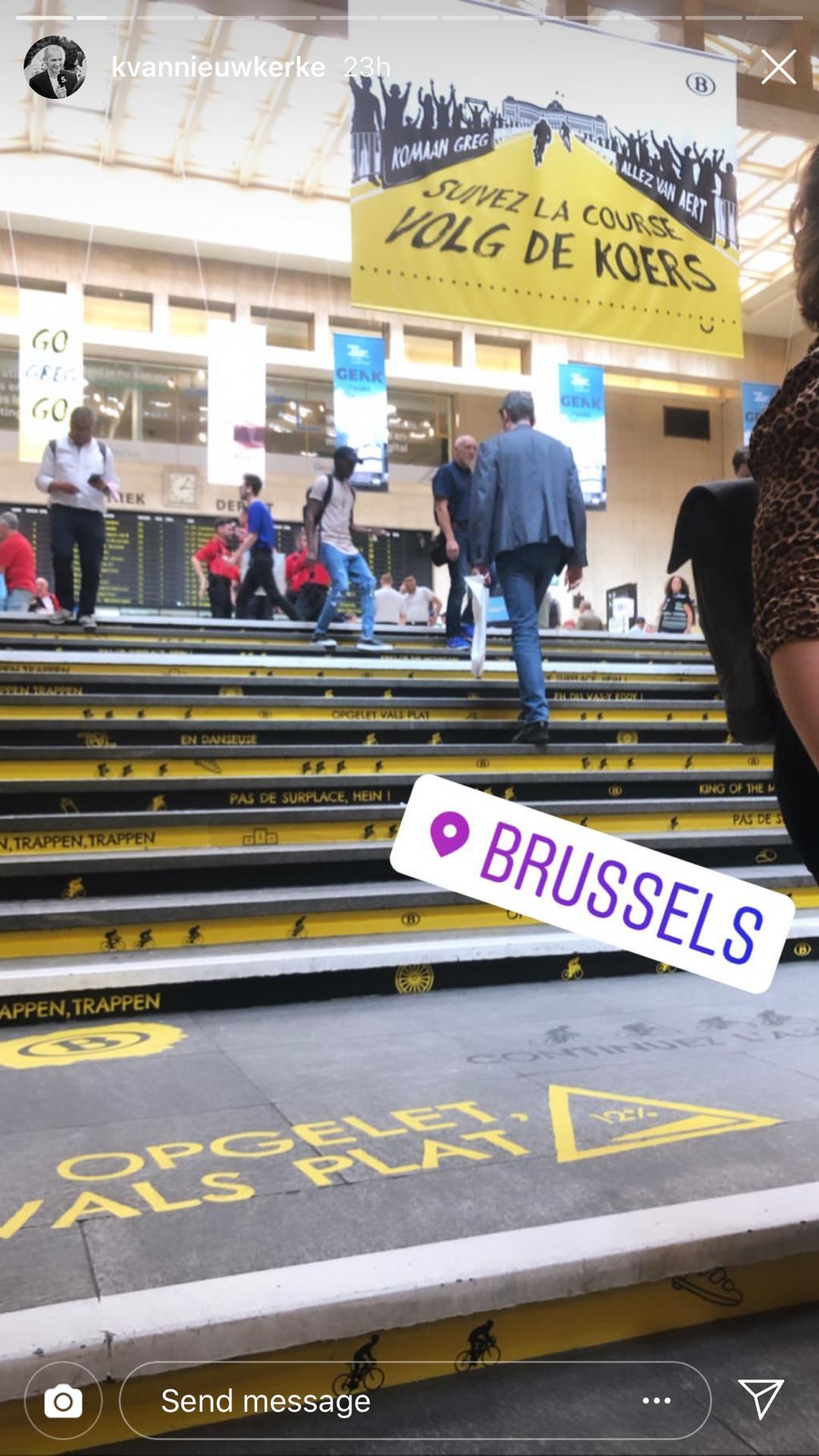 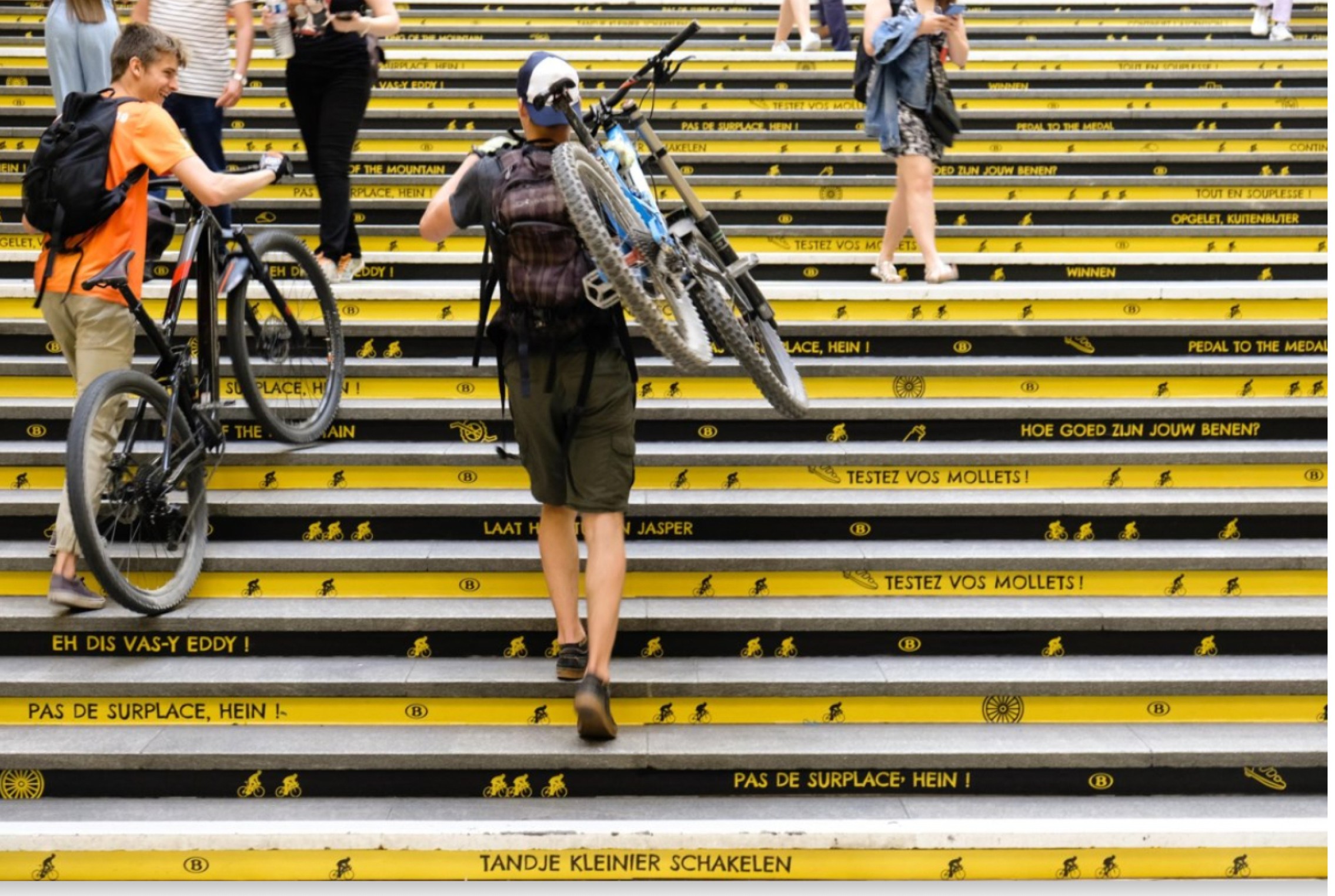 Fans of the Tour de France are among the most passionate in sport. Over the years, they have created their own traditions and habits. So when it was announced that the “tour” would kick off from Brussels this year, Belgium’s national railway NMBS/SNCB decided to reach out to cycling fans in a way they would immediately understand.

Our goal was to create brand awareness, work on the brand image – and have some fun. Knowing that many would attend the departure by train to avoid traffic jams, we decided to go big on yellow and stuck to our ‘fan first’ approach, making the railway an integral part of the fan journey.

Go down a gear!

It started on social media, where fans were invited to send in their most original encouragements. We then posted these around Central Station, along with other messages. For example, the stairs up to the main hall were plastered with advice to “Go down a gear!” and “Test your calves” like cyclists going up a hill. This echoes a “tour” tradition: writing messages on the roads for cyclists.

In all, 500 stickers (260 m²) were used as well as yellow – lots and lots of yellow. The signs accompanied people from the trains and sent them in the direction of the nearby starting line.

To add to the fun, we organized several flash mobs (with tapdancing cyclists) throughout the day. So fans were treated to a playful, eye-catching atmosphere that was widely shared on social media. The campaign also caught the attention of (traditional) media and influencers such as Sporza’s Vive le Vélo presenter and passionate cycling expert Karl Vannieuwkerke. 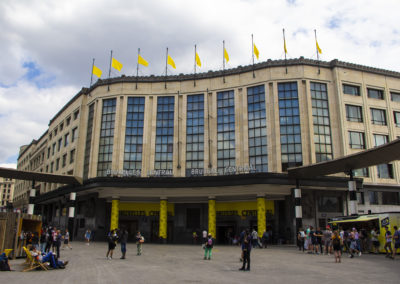 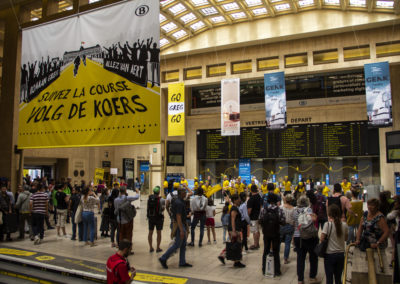 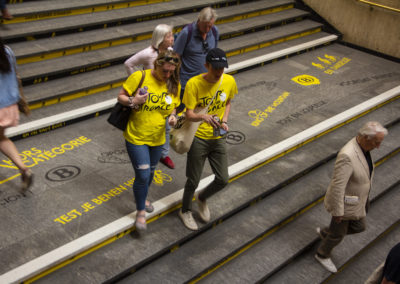 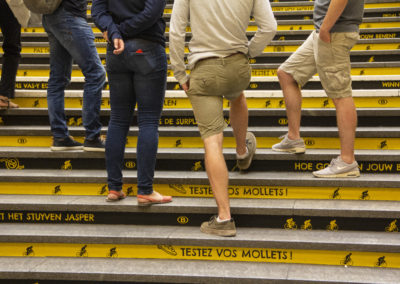 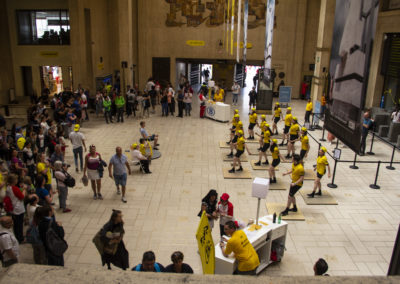 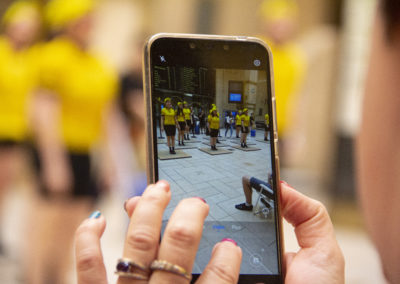 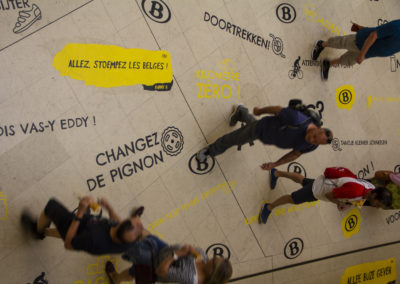 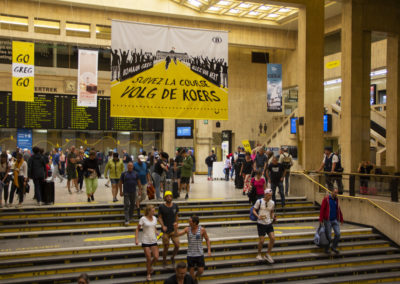 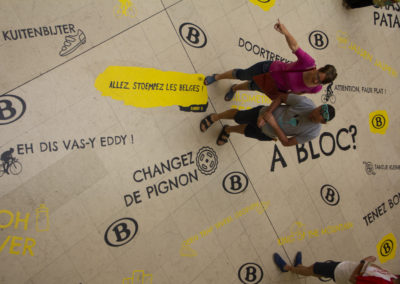 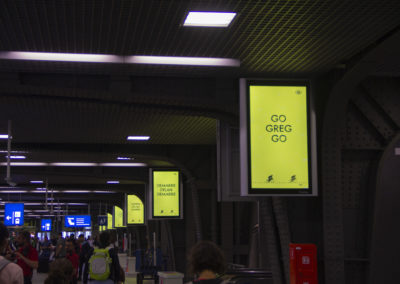 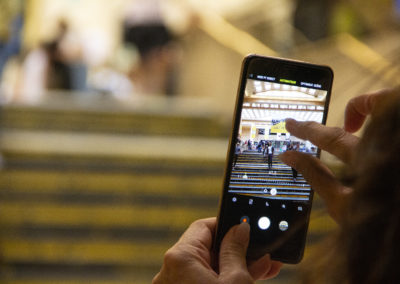 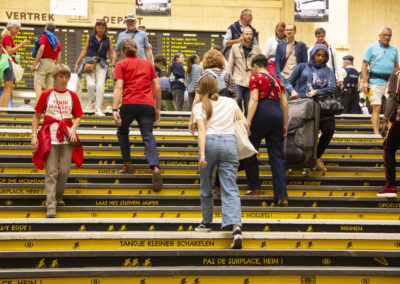