Corona and the travel restrictions hit everyone – even cycling fans. They could forget visiting the cycling routes and notorious cobbled climbs of Flanders. So Toerisme Vlaanderen gave us and Untitled Workers Club a challenge: to create an April Fool’s day prank. One that would catch the attention of international cycling fans and give them a good laugh. Plus, lots of views and a buzz that would make people wonder if the whole thing is for real (while working with a limited budget and in a tight timeframe).

Together with Untitled Workers Club we developed a campaign consisting of a teasing video to drive traffic to a specially created webshop that went live on April 1. In the teaser – inspired by the teleshop ads – cycling tourists discovered various cobblestone strip carpets inspired by the epic Flemish climbs. Although you can normally only conquer the cobblestone sections like a true Flandrien in Flanders itself, this made it possible for cycling fans to train for ‘Vlaanderen koersland’ from their home or garden. The social media campaign also went live April 1, running in different countries: from Australia to Germany.

The campaign results exceeded everyone’s expectations. The sports channel Sporza called it the most original April Fool’s joke. Our media campaign generated 2.5 million impressions and over 70,000 website visitors in 13 different countries, with CTR equal to 3%. The number of link clicks generated is phenomenal. The average cost per link click was 7 cent on Facebook and 32 cent on YouTube, which is 56% lower than the benchmark for traffic campaigns on Facebook (€0.16) and 88% lower than the benchmark for YouTube (€2.67). The video views forecast was exceeded by almost 70% and in the end the number of link clicks was more than 5 times the forecast. 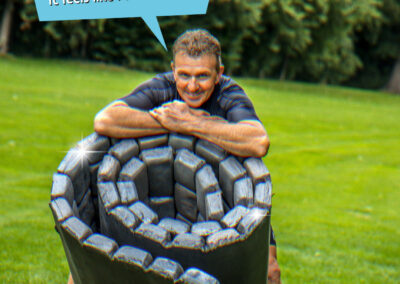 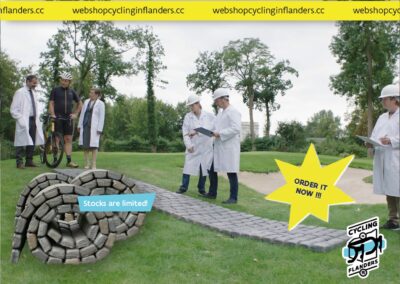 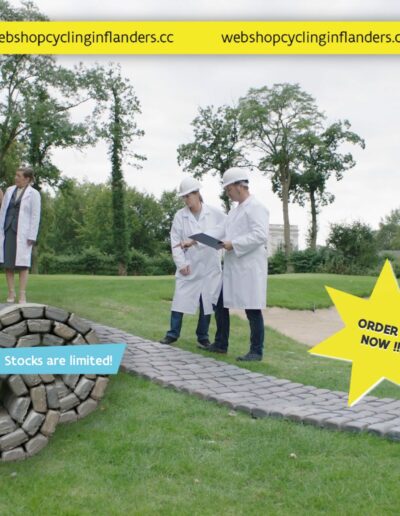 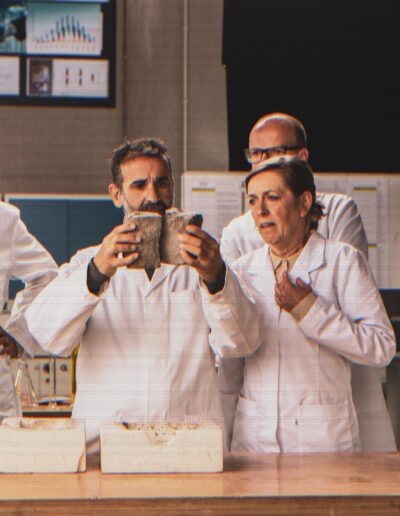 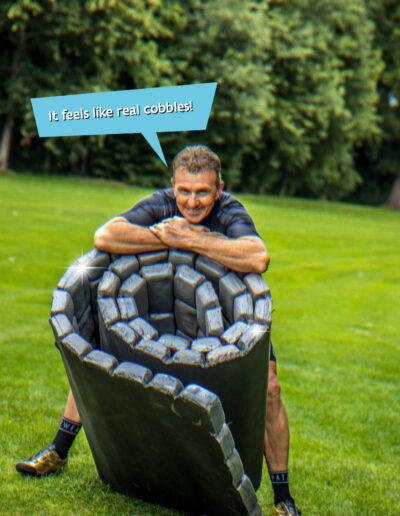 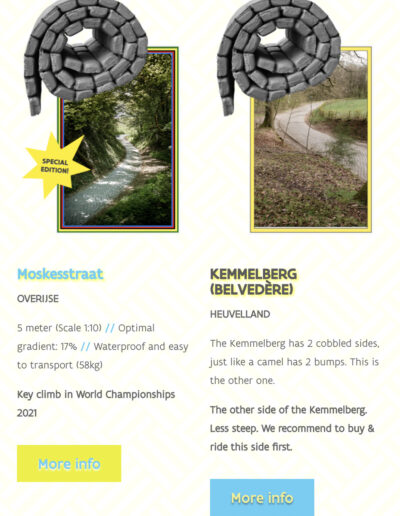 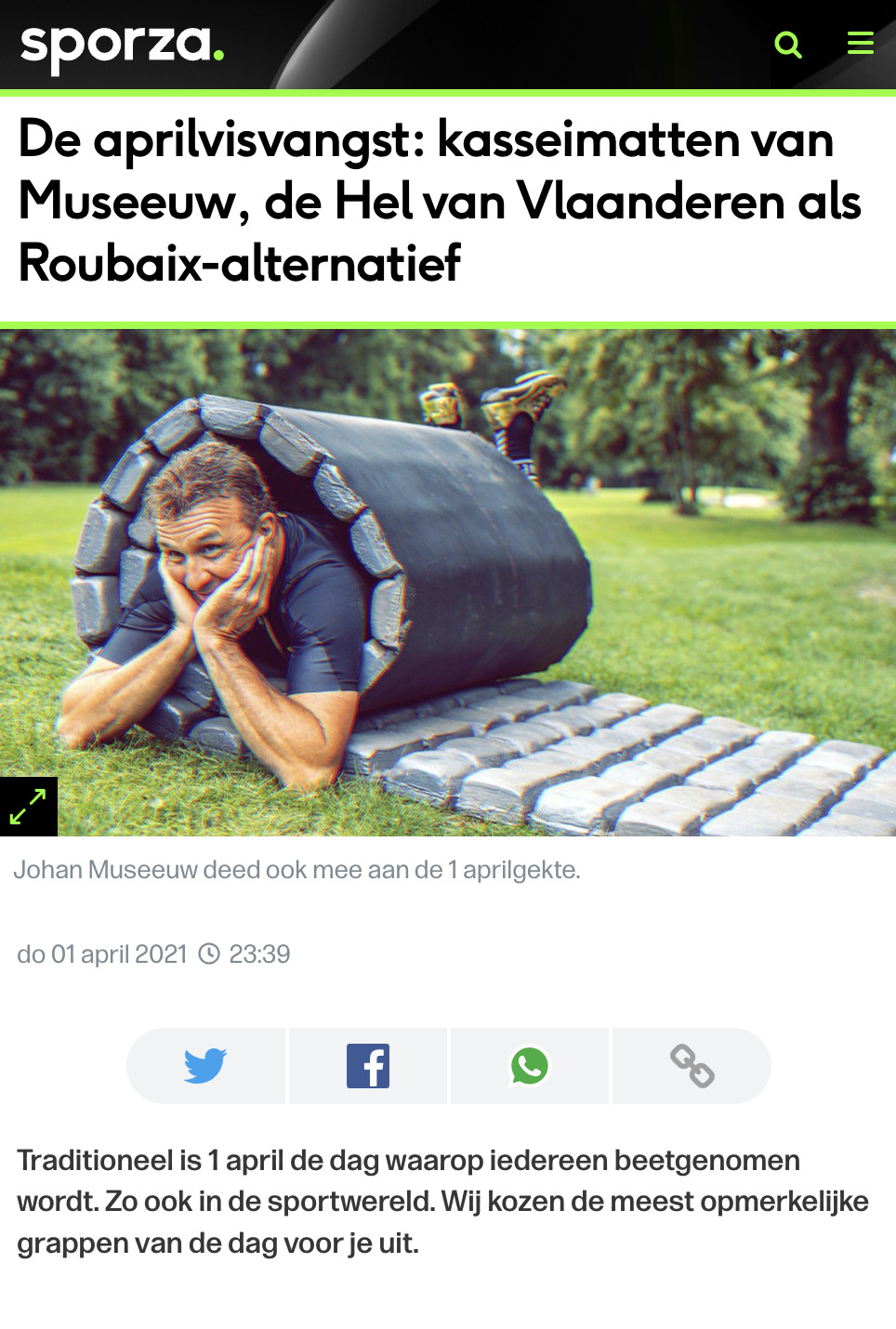 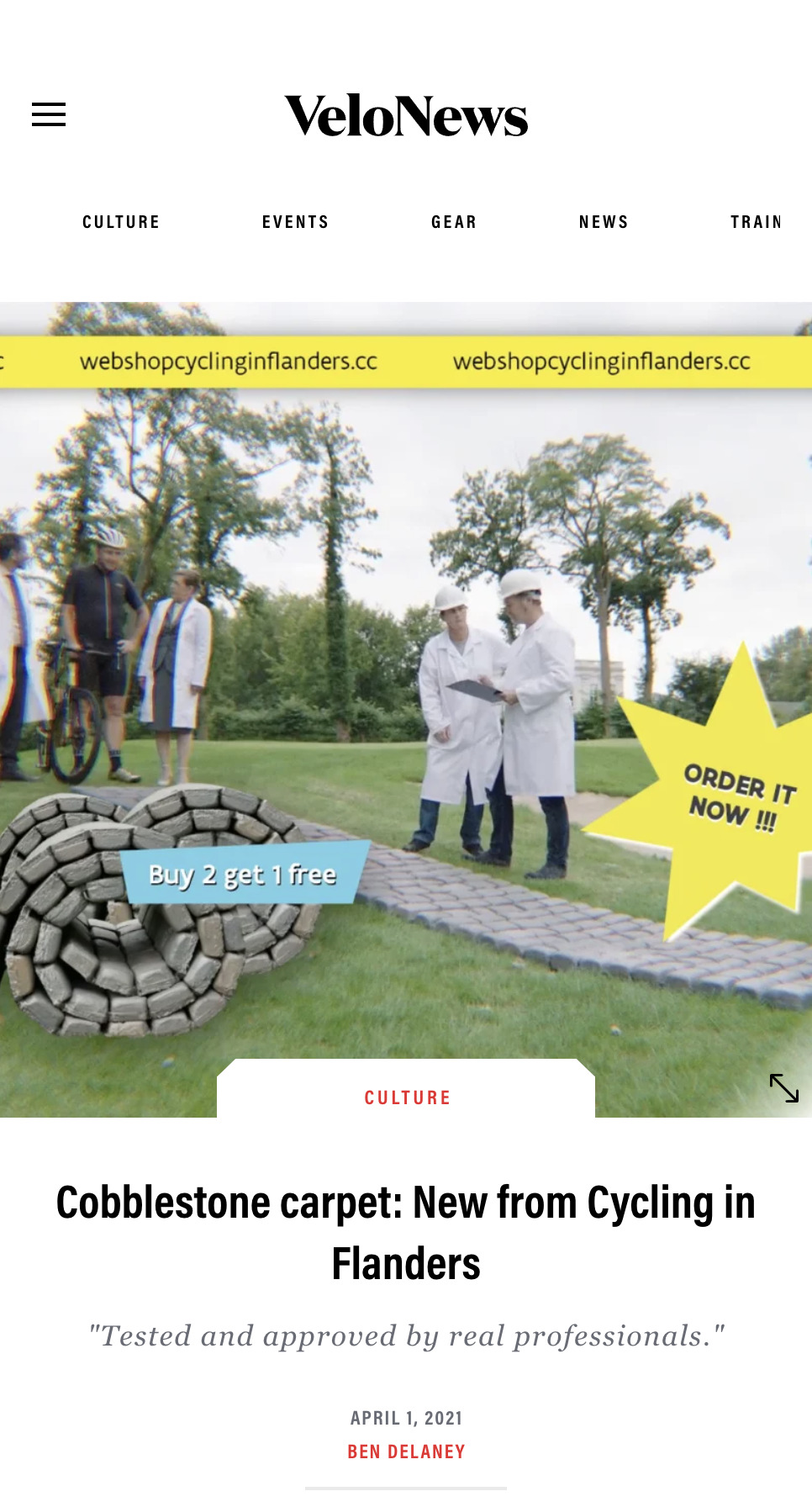