WAVE at the UK festival awards 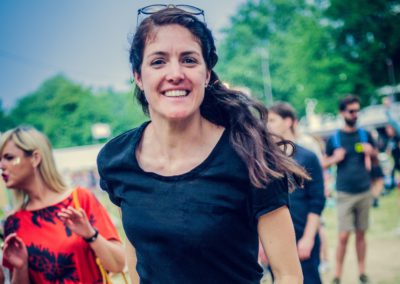 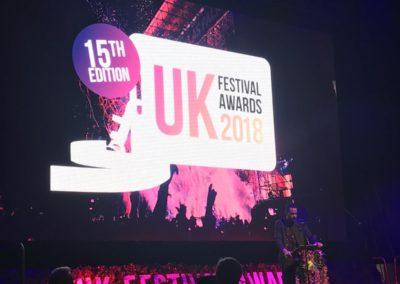 Who doesn’t like going to London in the weeks leading up to Christmas? Steamy pubs crammed with office workers wearing Christmas sweaters, streets contently sighing underneath a layer of festive Christmas lights and carol singers belting out Christmas tunes as this city gets ready for yet another year of festive winter bliss. So when the popular new British festival ‘All Points East’ invited us to the UK Festival Awards we hopped on a Eurostar from Brussels and rolled our way into Troxy, a retro 60’s music venue in the heart of East London, for the 15th edition of the UK festival awards.

All Points East (organized by world-leading music and entertainment agency AEG) was one of 6 European festivals which our client Firestone partnered up with as part of their Firestone Live music tour. It was the first festival to which the popular Firestone booth and stage travelled in 2018 and the bar was set high for the remaining festivals in Germany, Poland, Spain, France and Italy. Firestone’s stage played the role of showcasing emerging and exciting new bands which local festivalgoers discovered, bounced to, applauded and gave a follow on Instagram.

Besides the impressive level of bands they provided Firestone with, All Points East collected a range of topnotch headlining bands, leading to a nomination for line-up of the year (if Nick Cave brings fellow Australian Kylie Minogue along on stage for the first time since the 90’s, you’ve really hit the jackpot). As All Points East was announced as the winner of the award, our wooden festival table, laden with Jagermeister, champagne, wine and beer provided by the awards organisation, shook so severely, it nearly brought all those sitting on the rickety wooden festival benches down with it. AEG’s festival director Jim King and head of partnerships Will Dowdy as well as their PR and marketing team were clearly delighted.

The awards ceremony was short and to the point, festivals big and small gathered awards ranging from the innovation award to best festival, and those who didn’t drowned their sorrows and started planning a knock-out festival for 2019. AEG and Wave also started putting their heads together and plans were hatched for Firestone’s activation in 2019. After a successful 4th year as activations agency for Firestone, we sat down and listened to the evolving needs and requests of our client, the festivalgoers and the festivals and are thrilled to go above and beyond what were already two exciting and attractive activations (a funky popular tattoo parlor and ‘spin the tyre’ game) and a dedicated Firestone stage for bands to rock their little hearts out.

As we’re gently gliding across the British countryside back to Brussels, we’re delighted to have had the opportunity to bring our relationship with AEG to yet another level, network with other festivals, agencies and brands, whilst excitedly finetuning the Firestone corner for 2019.

What the activations in 2019 will hold and which bands will play on the Firestone stage is for you to find out: meet us at All Points East in East London in May for the kick-off of Firestone’s festival season!